Is employee engagement a diversion?

A magician shuffles his cards. He asks us to name our card and to watch for it as he shuffles. The audience is quiet, watching hawk eyed.

This is how magic works. Our attention is diverted. Our eyes are misdirected, so that we don’t notice the actual trick. 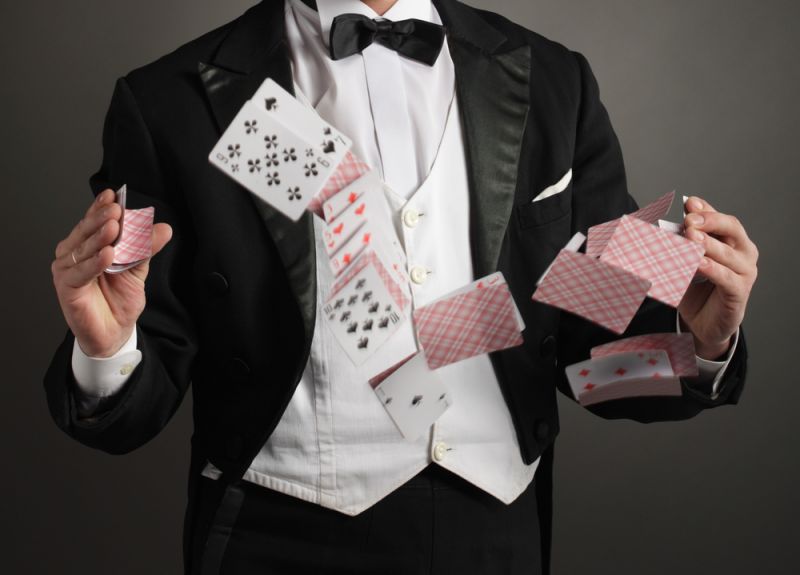 How did employee engagement become a thing?

Employee engagement emerged from the field of organisational behaviour. It’s origins are from study of human motivation at work. Dr William Kahn first coined the term in 1990 in a paper called “Psychological Conditions of Personal Engagement and Disengagement at Work”. Dr Kahn based his concept on two qualitative studies: one with 16 summer camp counsellors and one with 16 employees of an architecture firm. (Note the small sample, that is wholly US based, 100% white and middle class). Here is Dr Kahn’s definition of what it means to be ‘engaged’ with one’s work:

“Personal engagement is the simultaneous employment and expression of a person’s “preferred self” in task behaviors that promote connections to work and to others, personal presence (physical, cognitive, and emotional), and active, full role performances”.  (Kahn, 1990.  Here’s the pdf full text article, in case you’d like to take a read).

Despite (or perhaps because of) this opaque language, the idea took hold. Today we have

“Just because two variables have a statistical relationship with each other does not mean that one is responsible for the other. For instance, ice cream sales and forest fires are correlated because both occur more often in the summer heat. But there is no causation; you don’t light a patch of the Montana brush on fire when you buy a pint of Haagen-Dazs.”   (Statistician and political forecaster Nate Silver, 2012, The Signal and the Noise.  A highly recommended read).

Employee engagement is a nebulous concept

“Engagement is about being your best self, not productivity.”  (William Kahn, 2017)

How do you measure whether someone is ‘being their best self’?  There are multiple definitions of employee engagement. And no agreement, in nearly 3 decades. If something can’t be defined, it can’t properly be measured.

Many HR teams spend an extraordinary amount of time running employee engagement surveys. Usually these are annual or biannual events. A single snapshot of opinions that people held on that particular day. It runs as a big set piece project. Engagement survey projects usually includes doing some or all of the following:

Does this sound familiar?

This is the magician’s trick.  It is where we – HR teams, managers – unwittingly misdirect ourselves.

“Engagement surveys have… become a methodology to show HR provides value to the business, rather than anything to do with the needs of the organisation.”   (Jane Owen Jones, Lloydmasters)

The limitation of surveys is that they ask what people think, but this does not correlate with what they actually do. (Shameless plug no.1.  That’s why CX Lab also deploys biometric testing to see how customers and employees actually react in real time).

I believe that there are three questions that are much more important to ask than ‘are employees engaged?’

1. What are leavers costing the company?
2. Are employees able to do good quality work?
3. Do employees represent the brand and delight customers?

In the next post I’ll explain why these questions are important. I’ll also discuss why focussing attention in these 3 areas can help drive business growth.  (Shameless plug no.2.  You can also read more about CX Lab’s approach to employee experience and CX training on our CX Implementation web page).